Even against the vivid backdrop of the sixteenth-century Ottoman Empire, Esther Handali (nicknamed ‘Kiraze’ [‘Cherry’]), stood out. Widow of an Istanbul rabbi and refugee from the Spanish Inquisition, she established herself during the reign of Suleyman the Magnificent as an intermediary between the women of the sultan’s seraglio and the world outside the harem to which they were confined. Her connection to the Imperial Palace ended only under Suleyman’s great-grandson.

Yet even Esther could not stave off the inevitable, and soon she, too, succumbed to palace intrigues: a careless indiscretion led to her downfall, first under great strain and persecution and later at the hands of a mob, with unspeakably tragic results…

WHY WE LOVE THIS BOOK
Solmaz Kamuran, who became an expert in the era during which her novel is set as well as a best-selling author, has an uncanny familiarity with Esther Kyra and the Ottoman Empire at its peak. She renders both with passion and precision, and the result makes for compulsive, immersive reading. 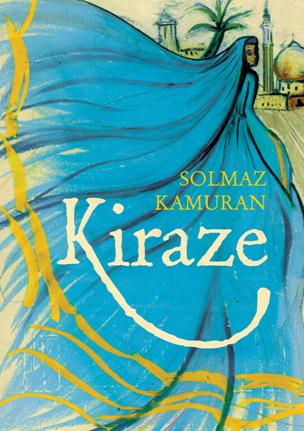