A Man with a Killer’s Face

According to his dossier in the archives of the Soviet Special Forces (in which he once served), Viktor Kärppä has the look of a killer . Except he really isn’t one, notwithstanding his ability to sever a man s windpipe with his hand. Despite his messy, ambiguous past, Kärppä now has an orderly life as an entrepreneur in Helsinki, and likes it just fine that way. His new girlfriend Marja, an academic, also prefers things as they are tranquil and uncomplicated. Kärppä helps members of the downtrodden Ingrian community Russian-speaking ethnic Finns who have emigrated from their native Russia back to Finland adjust to their new surroundings. Thus his dream of a quiet life is regularly thwarted by Finns and Russians on both sides of the law who know too much about him. When he accepts a well-paid case to locate an antique dealer s missing Estonian wife, Kärppä discovers the woman is also the sister of a notorious gangster. So begins his descent into an international criminal underworld with all the trimmings: drug lords, former KGB operatives and sundry other heavy characters. Suddenly nothing is as it was not least with Marja, who has become all too aware that her man s line of work is unlikely to bode well for a healthy relationship…

WHY WE LOVE THIS BOOK
One reason Scandinavian crime fiction is so readable may have to do with the region’s bleak landscapes and extreme weather: these make excellent literary motifs with which to highlight moral complexity and shades of grey. Above and beyond those much loved conventions, however, is Matti Rönkä’s highly intelligent way with the genre. He reveals hidden worlds within Finland and the Baltics and renders them meticulously, wrapping a compelling plot around these dark, secretive places. 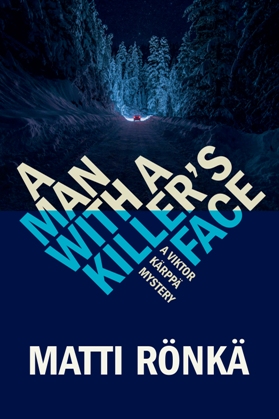