In the aftermath of Bangladesh’s bloody war of independence in 1971, as thousands of migrants from the countryside flood the capital, journalist Khaleque Biswas begins to feel the stirrings of disillusionment. The revolutionary spirit that had filled the air and united the people under the leadership of Sheikh Mujib, the “Father of the Nation”, seems to be dissipating. The government’s response to the crisis is inadequate, and the country’s slow slide into political corruption seems inevitable.

Uncompromising and undiplomatic, Khaleque soon loses his job. Then Nur Hussain turns up: a simple young man from a remote village, his welfare has been entrusted to Khaleque by a passing acquaintance. Unable to turn Nur away, Khaleque sets out to secure him a job, but discovers that the placid fellow has no skills whatsoever, nor much ambition. He seems adept only at impersonating Sheikh Mujib, to whom he bears some resemblance – and as the masses flock to him, the authorities take notice …

This intense tale, told by a born storyteller, is further animated by humour as dark as the iconic outerwear that gives the novel its title. The tortured origins of modern Bangladesh are brought to life vividly, and provide a poignant backdrop to a central drama that Dostoyevsky and Kafka would have applauded. 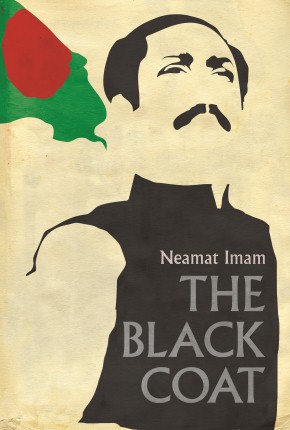