DON’T PANIC! – ISIS, TERROR AND THE MAKING OF THE NEW MIDDLE EAST

The entity known (in one of many variants) as the Islamic State of Iraq and Syria (ISIS) has come to feature regularly in the news, and in our imaginations. The dreadful, Grand Guignol spectacle of beheadings, abductions, cages, flames and triumphalist proclamations arouses powerful emotions: disgust, rage, hatred, grief, a yearning for vengeance – and the sense that something must be done.

Yet, argues veteran political journalist Gwynne Dyer in this short, sharp, new book, the Western tendency is to overreact, time after time, to the threat posed by Islamist terrorists. ISIS is the most repellent of the bunch by far, yet the common perception that it is run by crazed madmen with no coherent strategy is sorely misleading. Even more difficult to accept is that the attacks they perpetrate actually have nothing to do with the West, and do not significantly increase the likelihood of terrorist attacks in Western countries, either; rather, they are designed to use Western overreaction as a stepping stone to seizing power in the states they are trying to overthrow. Intervening militarily will give ISIS precisely what it wants: a glue with which to bind its infernal project more tightly.

In failing to recognise the ISIS phenomenon as a revolution calculated to court foreign intervention, the Western countries currently pondering the scale of their response risk playing into the hands of the extremists. ‘The revolution will eat its children,’ Dyer writes – but only if the West resists the natural urge to do something big, and allows ISIS to play itself out.

WHY WE LOVE THIS BOOK
Intelligent and wryly articulated, Don’t Panic! is one of few new books on ISIS that will not date as events change. 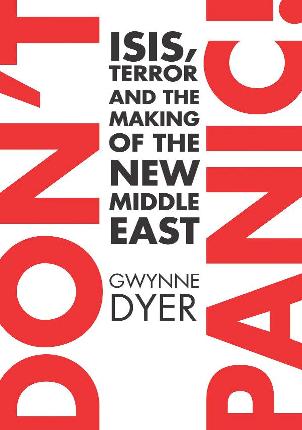