DRINKING AND DRIVING IN CHECHNYA

It is the mid-1990s, and ordinary Russians are reeling from the Soviet Union’s collapse. Leonid, a hard-luck lorry driver, lives with his senile, war-veteran father in Moscow and ferries shipments of illicit goods all over Russia for his Mafiya bosses. He nurses a single dream: to leave behind the country of his birth (for which he feels nothing but disdain) and immigrate to the United States, the land where dreams come true.

During a haul to the Caucasus with a cargo of vodka intended for parched soldiers on the front line of Russia’s war on Chechnya, Leonid and his sidekick Spasska take a wrong turn and wind up in the centre of the Chechen capital Grozny, at the height of one of the cruellest bombardments of the twentieth century. What follows will shock Leonid into a confrontation with reality, which has always played out just beyond his averted gaze. Even his well-honed cynicism and survival skills will be tested.

Destined to become a cult classic, this short, biting debut is also a heartfelt contemplation of how we engage with our worst instincts and – sometimes – rise above them. Leonid is a hard nut with a soft centre; you can’t help but like the guy, however amoral his behaviour. This is compulsively readable stuff: funny, sad and true. 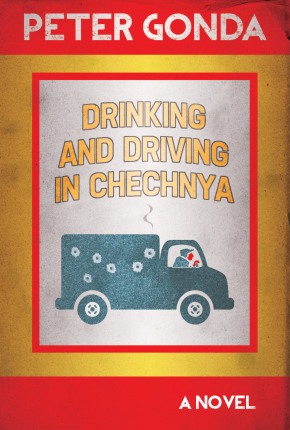